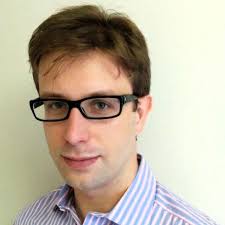 Benoit Hudzia is Chief AIOPS at Huawei. He is leading a team of engineers, data scientists, and researchers that help bring artificial intelligence to cloud operations.

He also provides world-class solutions and intellectual property advisory services via his bespoke boutique company Blopeur Ltd. He has charted more than 50 Evidence of Use charts that generated multi millions dollars in licensing revenue. He also helped succefully fend off aggressive licensing company by successfully unearthing key prior art proof

Benoit Hudzia is Chief AIOPS at Huawei. He is leading a team of engineers, data scientists, and researchers that help bring artificial intelligence to cloud operations. He also manage a boutique consulting company specialised in Intellectual property services.

Before Huawei, he was a Managing Director at Statestreet where he lead the EMEA SRE team for the custodian bank public cloud operations.

Previously he was working as a Senior Researcher - Architect for SAP on HANA enterprise Cloud.

He use to be working on designing the next generation cloud technology as well as runing the Irish operations for Stratoscale.

Benoit has authored more than 20 Academic publications and book chapters and also is the holder of numerous patents in the domain of virtualization, OS, cloud, distributed system, etc.. His code and ideas are included in various SAP commercial solutions as well as Open source solutions such as Qemu/KVM Hypervisor, Linux Kernel, Openstack.

His past research focused on bringing together the flexibility of virtualization, cloud and high performance computing ( A.K.A the "Lego cloud"). This framework aims at providing memory, I/O and CPU resource disagregation of physical server while enabling dynamic management and aggregation capabilities to Linux native application as well as to Linux/KVM VMs using commodity hardware.

My Blog : Reflections of the Void

My Medium blog where I host my short and long posts

03/27/14 - 20140089539 - Lockless spin buffer
Implementations of the present disclosure are directed to enabling data transfer between data producers and data consumers. Implementations include generating a data structure, the data structure including a lockless spin buffer (LLSB), the LLSB including two or more lockless components, each of the two or more lockless components including a...
Inventors: Benoit Hudzia, Jonathan Stewart, Jonathan Sinclair, Jean-noel Gonzalez De Linares (Sap Ag)

05/23/13 - 20130132560 - Dynamic adaptations for network delays during complex event processing
A message handler may receive a plurality of messages associated with a plurality of events, the events having a temporal relationship to one another. A header inspector may extract latency information from the plurality of messages, the latency information characterizing a transmission duration experienced by each message in traveling from...
Inventors: Benoit Hudzia, Stephen Dawson, Alan Hay (Sap Ag)

04/28/11 - 20110099318 - Leveraging memory similarity during live migrations
A page scanner may be configured to identify, during a live migration of a virtual machine including a transfer of a plurality of memory pages from source hardware resources to destination hardware resources, a candidate memory page of the plurality of memory pages to include in the transfer while at...
Inventors: Benoit Hudzia, Stuart Hacking (Sap Ag)

10/01/09 - 20090249488 - Flexible appliance hosting with coordination of deployment, licensing and configuration
Operating parameters of one or more software appliances may be set at a configuration manager. Compliance of the one or more software appliances with license terms may be maintained at a license manager. Communications may be executed between the license manager and the configuration manager to maintain compliance of the...
Inventors: Philip Robinson, Benoit Hudzia (Sap Ag)

Benoit Hudzia on the interwebs